The fat-freezing technique may have more risks than doctors expected 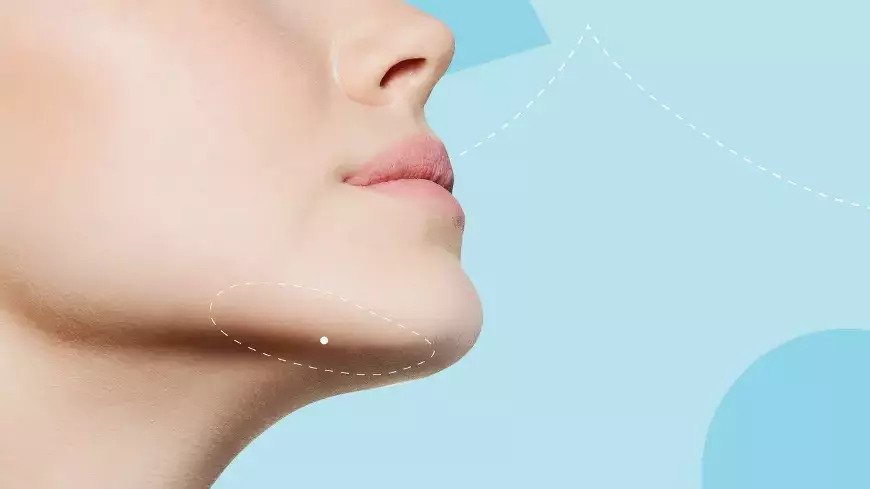 The fat-freezing technique may have more risks than doctors expected

Fat freezing was one of the strangest things I’ve ever experienced.

“Getting work done” is no longer the secret it used to be. But if you have decided to go under the needle or knife, you should be informed. In our Life in Plastic series, we review and categorize everything you need to know, from invasive treatments to injections. It is up to you to decide whether or not to change your appearance.

There are several ways to target fat. With the growing trend of the movement to reclaim the word fat—and eliminate the stigma around it—, there has been a growing interest in injectables and cosmetic procedures. (According to the latest data from the American Society of Plastic Surgeons, the rate of non-invasive fat removal treatments has increased 6% while liposuction performed in the last year has risen by 5%). We have a complicated relationship with our body, which rarely falls perfectly into one belief system.

Not surprisingly, Coolsculpting, as a non-surgical fat-freezing method approved by FDA, has become very popular and people on social media ask me about it. I have been working as an on-camera beauty expert during the past 8 years, and although it is a misconception that everyone who undergoes surgery is dissatisfied with their appearance or tries to meet ideal beauty standards, I think there is no need to look “perfect”. Actually, I was very curious about this. Like everyone else, I wanted to know if fat freezing hurts, and what the consequences are. So when I got the opportunity to try Coolsculpting, I’d like to give it a go. And what if my body gets a little sculpted in the process? Cool.

Coolsculpting is a procedure of “fat reduction by freezing it”. It is non-invasive and has a very short recovery period, so clinicians often use it as an alternative to liposuction. This process, scientifically known as cryolipolysis, involves the use of a vacuum-like applicator to suction the target fat areas. The fat cells then freeze and eventually die and are excreted through the lymphatic system (Yes, that’s exactly what it seems!). This method is effective on the following areas: upper arms, underneath the buttocks, flanks, bra fat, abdomen, thighs, jawline, and under the chin. It should be noted that you must have enough fat for the applicator to adhere to. Each session lasts about 45 minutes and – at least in my opinion – is not painful.

This method is effective on the following areas: upper arms, underneath the buttocks, flanks, bra fat, abdomen, thighs, jawline, and under the chin. It should be noted that you must have enough fat for the applicator to adhere to. Each session lasts about 45 minutes and – at least in my opinion – is not painful.

When the applicator suctions on the skin, it is very cold at first, but the skin becomes numb, almost like when the foot falls asleep. After removing the device, the doctor quickly massages the frozen fat area, which most people agree is the worst part of the procedure. Before you know it, that’s over I did it under the supervision of Dr. Ashkan Ghavami, a cosmetic surgeon in Beverly Hills. We did a total of 3 sessions: two for my abdomen and one for chin with six-week intervals.

Now it’s been 2 years since my Coolsculpting, and I’m constantly being asked if I would do it again. The answer is yes! and I’ll probably get my flanks and stomach treated as well. I’m completely satisfied with my Coolsculpting results, however, there are a few things I should have known beforehand to keep in mind. Here are 8 points you should know before booking your appointment.

Coolsculpting Does not Guarantee to Keep Off Fat!

Coolsculpting has been approved by FDA but it does not mean that fat will be away from you forever. If you gain weight, the treated areas may also become overweight. “Dead fat doesn’t come back, but fat can still grow” says Dr. Nancy Samolitis, a board-certified dermatologist at the Facile Dermatology Boutique in West Hollywood. The protocol for Coolsculpting includes weighing you in before the first treatment in the event you gain weight afterward. “If you gain 10 pounds, it may even out, so you may look like your ‘before’ picture,” she says. For example, I gained 10 pounds and despite very good Coolsculpting results, new fat has grown back in these areas.

Theoretically, in less than one session, you can see fat loss in areas such as the chin, flanks, and abdomen. But Ghavami suggested two sessions for me for more lasting results. You may even want to book 3 sessions for larger areas, including your abdomen.

It Takes a Few Months to observe Results

I thought that right after treatment, I would magically get out of fat, but that did not happen. Ghavami explained that the best result will be achieved after the second round. “After two sessions, 20-25% of fat reduction is expected” he says. “3-6 months after the second session, you will see the best results.” He was right; one morning, I looked in the mirror and noticed that my stomach and chin were significantly slimmer. So, you have to be patient. also you can check What to expect page for before and after results.

When chin Coolsculpting, the results were so effective that I was not able to have a second treatment (because there was not enough fat to freeze). “The applicator has a certain size, and for smaller areas, if it does not grab on, you can’t do it,” says Samolitis. In this case, Kybella (an injection approved by FDA that contains a natural molecule that dissolves fat) may be effective. But while both treatments can lead to swelling and inflammation, Samolitis warns that these side effects last longer with Kybella and are more unpleasant than Coolsculpting. Also, you usually need more than two Kybella treatments to get more lasting results. Another point you should know about chin Coolsculpting is that it is one of the most unpleasant areas. It felt like a hand was pressing down my throat, so I recommend that if you have claustrophobia or sensation triggers you, give careful consideration to this area.

It is suitable for areas with stubborn fat

This is not a magic wand to get rid of all your fats or a substitute for a healthy diet or exercise. Rather, it is really meant for fine-tuning. “A significantly overweight person or someone with over 20 pounds from their normal weight, will probably not wowed by the Coolsculpting effects” says Samolitis. “Fat can still grow. Coolsculpting cannot completely remove it.” Rather, Coolsculpting can be an option if there is a small, stubborn area you want to be tweaked.

The Massage Is the Worst Part

Immediately after the doctor removes the applicator from your body, she/he starts massaging the frozen fat mass. This is by far the most annoying and weirdest part of the procedure. I can compare it with nothing else I’ve tried before—just imagine that your fat is frozen into a block, and someone has to quickly thaw it. It was a bizarre feeling from the pressure of the technician’s hand, but in fact, her touch is not felt. Some patients say this part hurts. But I personally describe it more as severe discomfort.

The Price Depends on the number of Applicators You Need

Your doctor may use more applicators to reduce fat. “To get that sculpting effect, you need more applicators angled in different ways says Samolitis. “People have various patterns of fat distribution. Sometimes one person may need 5 applicators over 2 rounds while another may need 3 applicators over 2 rounds.” For me, during the three sessions I had, one applicator was used on my chin and another on my abdomen. Most Coolsculpting places charge per applicator, not session. “Most people offer a package because it is rare for someone to need only one applicator during a treatment” says Samolitis. Prices vary based on where you live, but at Ghavami’s office, where I did Coolsculpting, chin treatments cost between $700-800, and normally only one mini applicator is used; while abdomen treatment ranges between $600-750 per applicator.

Due to the growing popularity of Coolscupting, counterfeit treatments (without FDA approval) are also on the rise and while they may be inexpensive, they also can be detrimental to the skin. Samolitis says those who try these knockoffs often end up with extreme cases of frostbite. To make sure you are being treated with a legitimate device, check it against the Coolsculpting site and talk to your doctor about their experience administering the treatment.