Home CoolSculpting: Why is it a bad concept 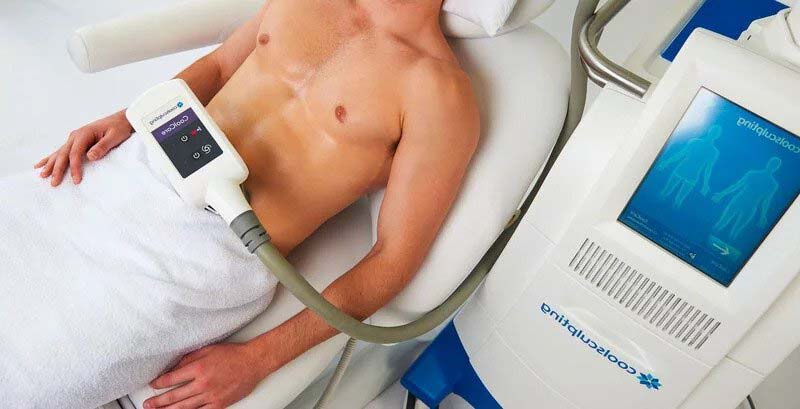 What is CoolSculpting and how does it work?

CoolSculpting is more popular than ever in the field of noninvasive fat reduction.
CoolSculpting, also known as cryolipolysis, is a procedure used by dermatologist and cosmetic surgeons to remove recalcitrant fat cells from tiny regions of the body. The arms, chin, and belly are among these regions.
The procedure uses a suction applicator to “freeze” fat cells. It takes place in your doctor’s office. The targeted fat cells will continue to break down in the coming weeks.

Because CoolSculpting is not affordable for everyone and is not covered by insurance, some people have attempted to replicate the treatment at home using ice and other frozen items. This is certainly not a good idea. CoolSculpting at home is not only useless, but it can also be hazardous.

Why should you never do this at home?

CoolSculpting is most recognized for its ability to “freeze” fat cells, but there’s a lot more to it.
Your physician will use a tiny applicator to suck out part of the frozen fat cells during your treatment. Over the next several weeks, the procedure drives any residual fat cells in the region to shrink and die.
Ice cubes or other frozen items are frequently used in DIY CoolSculpting. It’s done to try to freeze fat cells. Applying ice to your skin at home, on the other hand, just freezes your skin and does not eliminate fat cells.
At-home CoolSculpting poses a number of health concerns, including:

You may require medical therapy to heal tissue damage thereafter.

Effects of CoolSculpting by a Professional

While the dangers of trying CoolSculpting at home are considerably larger than those of having the process done professionally, this does not mean that professional treatments are without risk.
Mild side effects are possible during and after a CoolSculpting procedure, including:

These CoolSculpting adverse effects may briefly intensify in the days after your treatment, but they will diminish within a few weeks. This is due to the fact that your body’s fat cells continue to shrink even after the operation is completed.
It’s also conceivable that following the surgery, you’ll have a disease called paradoxical adipose hyperplasia. This disease causes fat cells to grow again months later, despite the fact that it is uncommon.
Discuss all of the potential hazards of your therapy with your doctor. Rather than attempting CoolSculpting at home, you’re considerably safer under the supervision of a professional.

What is the price of CoolSculpting?

The average cost of CoolSculpting in 2017 was $1,481 per session, according to the American Society of Plastic Surgeons. The cost varies significantly depending on the size of the region of skin being treated, with smaller portions costing less. Some companies charge anything from $650 to $800 per region.
Fees may also differ depending on the service provider. CoolSculpting, like other cosmetic treatments, is not covered by medical insurance, so knowing this information ahead of time is helpful.

However, the expense of CoolSculpting should not deter you from trying it out on your own at home. Payment plans are available from many providers, and financing may be available as well. Discounts or mail-in rebates are occasionally offered by the CoolSculpting business directly.
If you try CoolSculpting at home and get hurt, you may wind up spending more money on medical care than you would have spent on professional CoolSculpting treatments in the first place.

Last but not least

The more information about CoolSculpting that is available, the more enticing it becomes for some people to try to freeze fat cells at home. This is a highly hazardous activity with serious health implications.
It’s definitely preferable to get your CoolSculpting procedure done by someone who knows what they’re doing. They are the only ones who have the necessary equipment and training to carry out the surgery safely.
While professional CoolSculpting may have minimal side effects, this is nothing compared to the significant hazards that DIY treatments may offer.

If you want to find out if CoolSculpting is suitable for you, schedule a free consultation with a our team. It’s also worth noting that the treatment isn’t a replacement for a healthy lifestyle. CoolSculpting is only used to remove fat from certain regions that haven’t responded to diet and exercise. For more information about coolsculpting, kindly visit How it works page